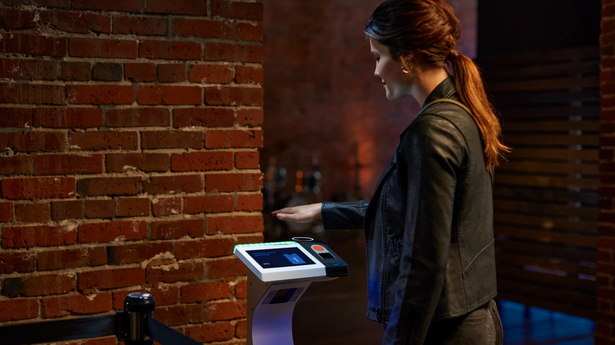 The palm-scanning technology’s availability at the amphitheatre is part of Amazon’s plan to offer the service outside its stores to third parties like retailers, stadiums, and office buildings.

Amazon’s palm print recognition system, Amazon One, which allows people to use their palm to enter or pay at some of its physical stores in the U.S., is now available as an option to enter an entertainment venue in the country.

The Seattle-based company’s service is offered at Red Rocks Amphitheatre in Denver, Colorado, where AXS, a digital ticketing firm, will deploy standalone ticketing pedestals including Amazon One, the retailer said in a blog post.

The palm-scanning technology’s availability at the amphitheatre is part of Amazon’s plan to offer the service outside its stores to third parties like retailers, stadiums, and office buildings.

People can enrol with Amazon One for AXS ticketing, to get the option to “simply scan their palm to enter concerts and events”, instead of using their mobile ID or ticket. According to Amazon, the enrolment process takes less than a minute, and guests will have the option to enrol with just one palm or both.

The e-commerce giant says its service uses algorithms and hardware to create a person’s unique palm signature, which is stored in a secure zone in the cloud and third parties do not have access to this data. Besides, people can cancel their Amazon One ID to permanently delete their palm signature from the company’s systems.

Recently, the retailer had started a promotion under which it was offering people $10 in credit if they signed up for Amazon One. Subsequently, three U.S. senators, including Democrat Amy Klobuchar expressed concern about Amazon’s palm print recognition system.

The biometric system, which was introduced about a year ago, is now available at over 60 locations at select Amazon Go, Books, 4-star, Fresh, and Pop Up stores, as well as Whole Foods Market across the U.S. The company said it expects the service to be added to more AXS ticketed venues in the future.