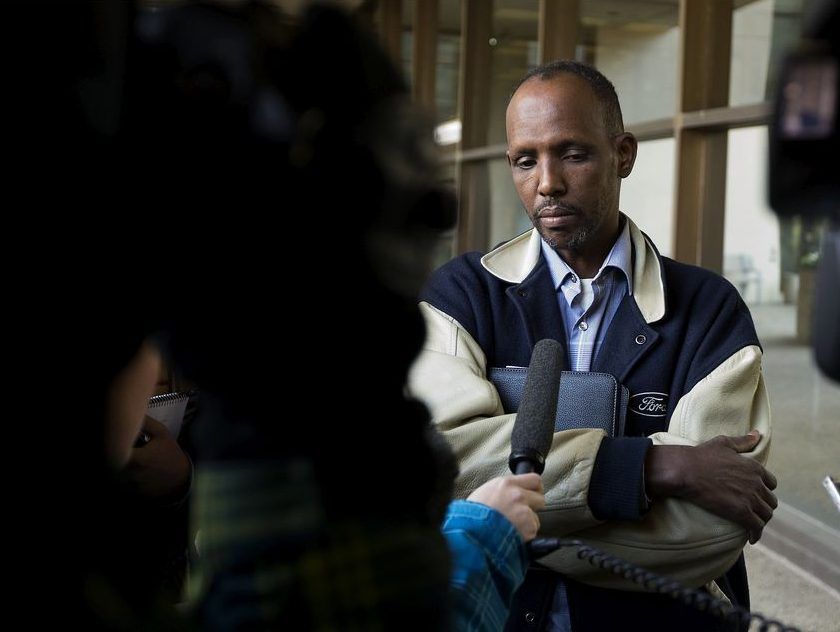 Still searching for answers on dozens of unsolved murders, members of Edmonton’s Somali community connected with police at an event Saturday hoping it would help.

Mahamad Accord, an advocate with the Taccalusa Institute, estimated the murders of over 70 Somali youth and men since 2005 have yet to be solved in Alberta.

At a town hall event held Saturday, Accord said he’s looking for better accountability from police, including specifics on budget resources being put into the cases.

During a question and answer portion of the event, he said it’s challenging to hear the police speak about how they do their jobs in broad terms when what the community wants are details.

“That’s not what we ask — we ask you ‘do you put the money there? Did you hire people to do that?’” he said.

The event aimed to identify what’s preventing the resolution of outstanding cases, and help come up with recommendations that would help prevent future deaths.

Insp. Brent Dahlseide of the major crimes branch of the Edmonton Police Service said he attended to hear the concerns of the community. He said since 2004, there have been 59 homicides in Edmonton involving members of Central and East African communities, and 29 have been solved and cleared, meaning a suspect was identified and charged or a warrant was issued.

“It could be the smallest thing that could turn an investigation in a positive way,” he said.

“By no means do we just say ‘if you aren’t interested in helping us we’re not interested in the investigation.’ Absolutely not,” said Dahlseide Saturday. He added the Edmonton police hired a family liaison co-ordinator in the beginning of May who works with investigators to update family members and surviving victims on cases.

“That’s a part that we’re working to do better,” he said.

Guled Kassim, a member of the local Somali community who helped moderate the event, said it doesn’t help if police can’t get information, nor is it helpful to the community if it doesn’t trust police to follow through.

“I think somehow there is that … disconnect. So my take away is I don’t know how many more of these we have to do before they realize that both parties have to communicate with each other,” he said.

Sign up to receive daily headline news from the Edmonton Journal, a division of Postmedia Network Inc.

Thanks for signing up!

A welcome email is on its way. If you don’t see it, please check your junk folder.

The next issue of Edmonton Journal Headline News will soon be in your inbox.

We encountered an issue signing you up. Please try again