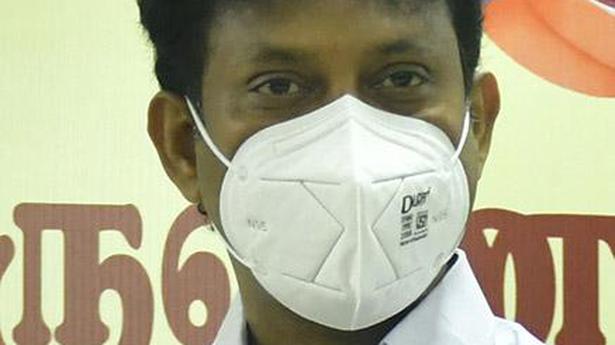 A decision on reopening schools for Classes I to VIII will be taken based on the observations made by medical experts and the Department of Public Health at a meeting to be chaired by Chief Minister M.K. Stalin to review COVID-19 lockdown measures at the end of this month, School Education Minister Anbil Mahesh Poyyamozhi said on Wednesday.

“A report by the School Education Department, reflecting the views of the Chief Educational Officers, was submitted today. One section of CEOs was for resuming physical lessons for Classes I to VIII, while another section favoured resuming them for Classes VI to VIII,” the Minister said.

Meanwhile, the Madurai Bench of the Madras High Court directed the State government to file a counter in a PIL petition seeking a direction to the State to stop physical classes in schools, in view of the rising number of COVID-19 cases.

A Division Bench of Justices M. Duraiswamy and K. Murali Shankar sought a response from the State to the petition filed by K. Abdul Vahabudeen of Tirunelveli. The same petitioner earlier filed a petition seeking a direction to the State to continue online classes.

He said since the reopening of schools for Classes IX to XII, COVID-19 cases were on the rise among students and teachers.

The judges sought a counter to the petition. During the course of the hearing, the judges told the counsel representing the petitioner that the State had already clarified that the students were under no compulsion to attend physical classes, and could continue to attend classes online. The court granted time to the State to file its counter and adjourned the hearing to September 30. The petition will be heard along with the other petition.