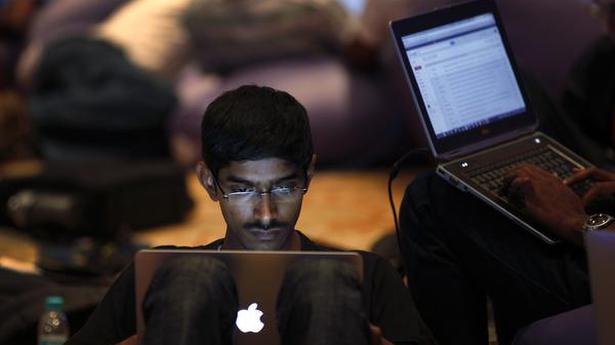 Joint Parliamentary Committee to work on new draft as the earlier one was not circulated, say sources

Nearly 21-months after the Personal Data Protection Bill was referred to a Joint Parliamentary Committee, sources said that work on the report will have to start afresh under the new chairman and BJP MP P.P. Chaudhary.

In a meeting held on September 15, after a gap of more than nine-months, many members argued that the committee should not waste any more time and should finalise the draft report it had agreed on after a year long deliberations.

The Personal Data Protection Bill was introduced in Lok Sabha in December 2019 and soon after referred to the Joint Parliamentary Committee which was then headed by BJP leader Meenakshi Lekhi. The committee got its fifth extension in the monsoon session in July this year and has now been asked to submit the report by the Winter Session of the Parliament that is expected to be called in the third week of November.

Ms. Lekhi and four other committee members were inducted into the council of ministers in the recent reshuffle, following which Mr. Chaudhary took over as the Chairperson. Sources said that Ms. Lekhi had finalised a draft report but didn’t circulate it to the members.

“There is no point going through the motions again. We had a 90 minute debate on this, at the end of which it was decided that the deliberations that we have had so far will be recorded but a fresh draft report will be prepared,” one of the members said.

The call for a data protection Bill in the country has been growing stronger amid growing threat of data breaches due to a sharp increase in cyber crimes. In May this year, two major firms Air India and Jubilant FoodWorks witnessed ‘security incidents’ that put consumer data at risk.