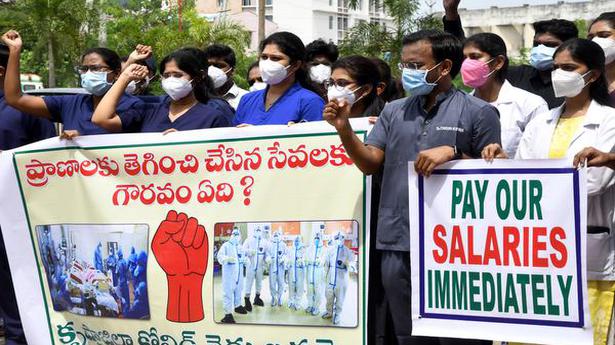 The General Duty Medical Officers (GDMO), inducted temporarily in a special recruitment drive for a period of six months on contract basis to work in COVID hospitals, Government General Hospitals, area hospitals and COVID Care Centres in the State, are on the warpath.

Irked by denial of salaries in last five months, they launched an indefinite strike from Wednesday, demanding immediate payment of salary and the pending arrears. The medical officers, drawn from all streams of medicine, were recruited under COVID Instant Orders to control the rapidly spreading virus.

“Despite hardships, we performed our duties in COVID hospitals and centres with utmost sincerity amidst a spurt of case load, putting our own health to risk. Some of our families were affected and even a few doctors succumbed to the virus, but we did not step back from our duty,” said Nikhil Teja Reddy, who is working as COVID Duty Medical Officer in the Government General Hospital (GGH) in Vijayawada.

A dental surgeon, Dr. Teja Reddy had been in the forefront of the doctors’ protest. Pointing to the fact that the six months of the contract period was almost coming to a close, but they had not received even a single month salary so far, Dr. Teja Reddy said the nearly 1,300 doctors and around 5,000 para-military staff taken in when the pandemic was raging, were let down by the government.

“Initially we were given accommodation as a safety measure, which was scrapped later citing budget issues. We are forced to stay with our families, putting their lives at risk, while working in COVID hospitals and centres,” said Sirisha, another GDMO working in GGH, Vijayawada.

Sameera, an Ayurvedic doctor working as GDMO under the Krishna District Medical and Health Officer, pointed to the “difficult and harsh conditions we have been working to safeguard the public against the killer virus but our services went unrecognised.”

The protesting doctors complained that even during the first wave of the pandemic, they were recruited for the same purpose, but their services were terminated abruptly through a WhatsApp message before the completion of the period that was agreed upon.

Redmi 10 Prime is the successor to the Redmi 9 Prime, and claims to have a lot of improvements over its predecessor. This smartphone sports the new MediaTek Helio G88 Now that Apple has taken the wraps of its fresh iPhone 13 series, the tech community has another major launch to look forward to, this time on the Android side. 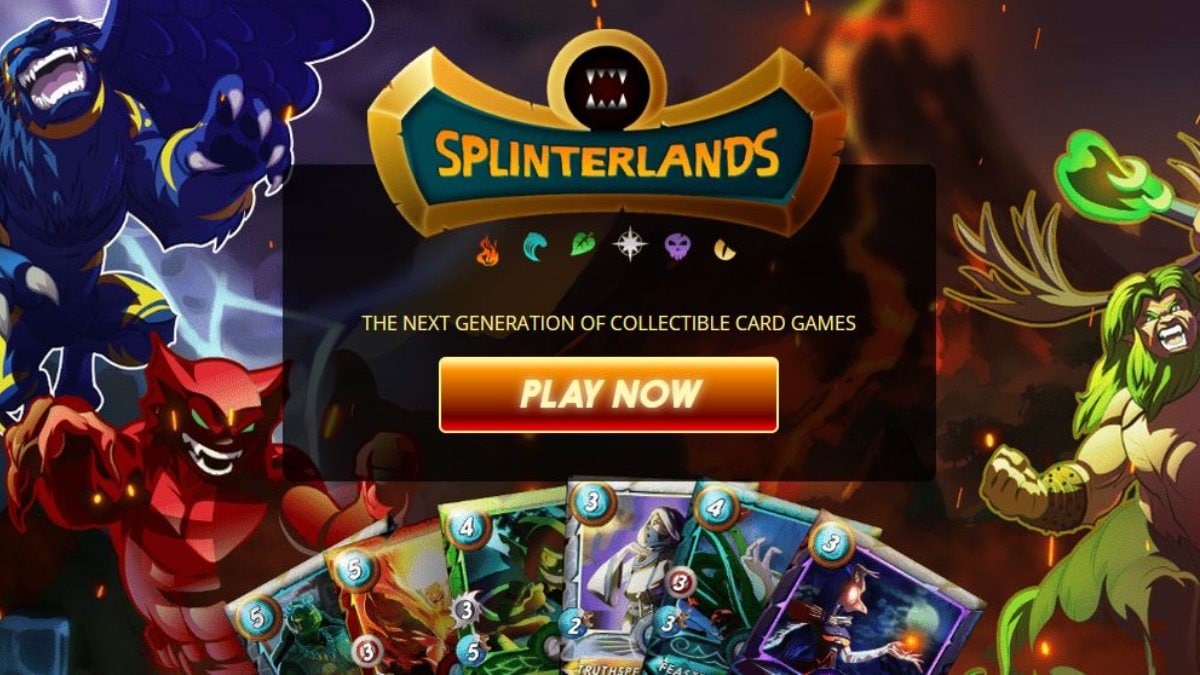 NFT trading game Splinterlands has become the most popular blockchain game in the market, according to data provided by DappRadar. It confirms that the game has crossed 260,000 daily users