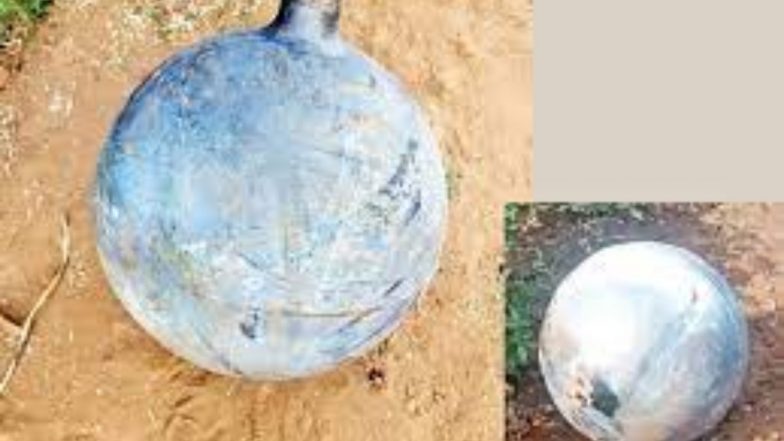 Gujarat, May 13: In an unusual incident, giant balls of metal that were spotted falling from the sky in Gujarat left people baffled. The incident took place on Thursday evening at different locations in Gujarat’s Anand district.

According to reports, local residents rushed out of their homes fearing an earthquake after they heard a loud sound. Bihar Shocker: 20 Miscreants Take Over Patna Flyover To Celebrate Birthday, Fire Shots in Air; Arrested After Video Goes Viral.

Police officials said that the mysterious metal objects are believed to be fragments of a satellite. In order to ascertain what it is, the metal balls have been sent to a forensic science laboratory.

Sources said that the large black metal ball weighing around 5 kg first fell in Bhalej at around 4:45 pm. It was then followed by similar incidents in Khambholaj and Rampura.

Interestingly, cops have filed a ‘Note Case’ in the said incident and are waiting for FSL’s report in the matter.

(The above story first appeared on LatestLY on May 13, 2022 10:54 AM IST. For more news and updates on politics, world, sports, entertainment and lifestyle, log on to our website latestly.com).