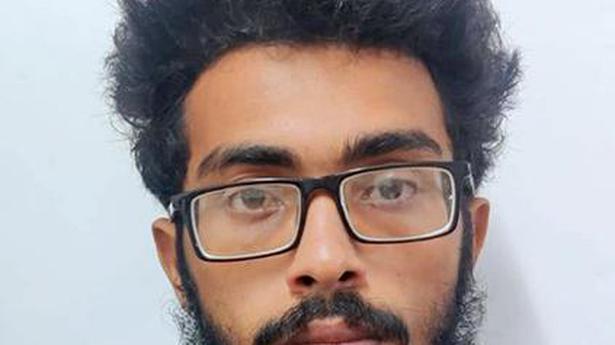 An eerie silence prevails outside the ground floor residence of Osama, 22, one of six alleged terrorists arrested by Delhi Police’s Special Cell.

Inside the house, located in Okhla’s Abu Fazal Enclave, five to six women await the return of the men of the family who were taken away by the police on Tuesday.

All the six accused were produced before the court on Wednesday and sent to police custody for 14 days.

Osama’s brother, Huzaifa, was also picked up by the police, said the landlord, Jaleel Asghar, 75, who lives on the first floor of the four-storey residential building. There is no information on whether Huzaifa has returned home or not. His family is confident that Osama is being falsely charged and say they believe in the judiciary.

“There is no reality in what’s being said about Osama. He is being framed. The truth will come out in court,” said an elderly woman from behind the closed door before refusing to speak further.

Mr. Jaleel said Osama and his brother rented the house in March this year and have been living with their wives. “Their father had come with them when they moved in here. The rent contract was made in Osama’s name. I usually kept in touch with him for rent,” he said.

According to Mr. Jaleel, the Delhi police had come to the ground floor flat around 7 a.m. on Tuesday and searched the place all day before leaving in the evening. “The sisters of the wives of the two brothers are here to support them. They came to our house and said the police didn’t find anything in the flat. I went to meet the women in the evening and they were very scared. An elderly woman was with them. I was informed that the police have taken both the brothers with them,” he said.

Mr. Jaleel said he never suspected anything amiss in the family and they mostly kept to themselves. “Once, a few months ago, I had called Osama for rent but I couldn’t reach him. I called his brother who told me that Osama had gone out of the country,” he said.

Asked what was Osama’s means of livelihood, Mr. Jaleel said, in his knowledge, he, his brother and father were in the business of dates and also had a cold storage. They used to leave in the morning and come at night while the wives stayed at home, he said.

Once, Mr. Jaleel recalled, during Ramzan, he could hear the brothers reciting Koran and out of curiosity, he asked them about it. “They told me that everyone in the family was ‘hafiz’ (person who knows the Koran by heart).”

According to Special Cell, Osama and Qamar are Pakistan-trained terror operatives working under the instructions of Inter-Services Intelligence. Osama allegedly went to Muscat in April from where he went to Pakistan for training, said the police, adding that they were planning attacks during the festival season.