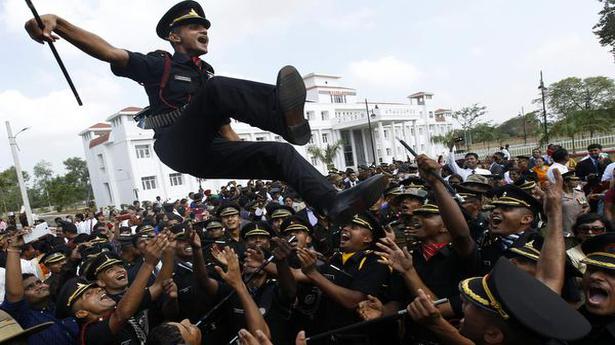 Sun Tzu, Chinese general, military strategist, writer, and philosopher, famously said, “If you know the enemy and know yourself, you need not fear the result of a hundred battles… if you know neither the enemy nor yourself, you will succumb in every battle.” Considering the recent events in military circles, this needs examination, and certain facets of Professional Military Education (PME) in the Indian armed forces evaluated.

Knowing the adversary and yourself is a three-step process. First, gathering information (the adversary’s and your own), its distillation into knowledge and finally recommending options to decision-makers; the third step is critical for national leadership.

Pragmatic leadership seeks advice from knowledgeable people. Thus, the National Security Council Secretariat (NSCS), the National Security Advisory Board (NSAB) and NITI Aayog advise the Government and offer options on key issues. Each body must have domain specialists from important fields and when one considers the NSCS and the NSAB, the three arms of the armed forces should be represented at the senior advisory level. Unfortunately, this has not been the case for many years now; it would be instructive to see how other nations fare in such apex bodies since the members need to be both, academics and professionals, rolled into one.

I had the good fortune of doing two specialist courses abroad. In the test pilots school (EPNER) in France that I attended in 1987, the Chief Ground Instructor, who taught us theory of test flying, was a civilian aerodynamicist. The school’s commandant had earlier been the Air Force’s Mirage-2000 project pilot with the aviation company M/s Dassault; he was seconded to EPNER to teach test flying. Can we replicate such intermixing in PME institutions so that personnel benefit from expertise available within ourselves? Incidentally, the examiner for my final examination was the chief test pilot of Aerospatiale, i.e., a civilian working in the French aviation industry.

The EPNER example, one from the tactical level, illustrates how theorists and practitioners from different fields can be dovetailed to holistically train junior professionals who later hold appointments at the operational and strategic realm. The United States Air Force has its air university with a faculty of civilian academics who, having dedicated their lives studying just one particular field, are the last word in their area of expertise. Their teachings are co-related with real life experiences by uniformed service instructors. When I was doing my course there, Colonel John Warden came as the Commandant of the Staff College — an air power strategist, the Colonel had designed the brilliant air campaign in Operation Desert Storm against Iraq in 1991; post the successful air campaign, it would be remembered, ground forces had a free run. After his successful operational tour, he turned an academician and enriched the staff college syllabus with his operational experiences.

The situation in India

How are we doing in India? It would be safe to say that in our PME institutions most, if not all, instructors are service officers posted-in from field/staff appointments who do their two/three-year tenure and move on; there is no time to become an ‘expert’. Having guest lectures is no substitute to having subject matter experts on staff doing full-time teaching. Luckily, we see a whiff of change in some institutions. The Naval War College in Goa invites an eminent academic from abroad to run capsules on operational art. The college also has an adjunct faculty of tri-Service retired officers acting as mentors in specialised areas of learning. It is also heartening to see the National Defence College at Delhi set-up a President’s Chair of Excellence teneted by a retired scholar warrior; and, this is how it should be elsewhere too.

The Defence Services Staff College should be the starting point with permanent chairs for subject matter experts teaching military history, strategy, geo-politics et al.; service officers would be the links to field realities. It is a joint institution and hence the Commandant should be a reputed scholar warrior from any of the three services, and not just from the Army as has been till now. The Army War College, College of Air Warfare, College of Defence Management, etc. should take similar action. And as one moves up the hierarchy of learning, one wonders where the Indian Defence University (IDU) project (earlier INDU — Indian National Defence University) is languishing after its foundation stone was laid in 2013 near Gurgaon. In times when road infrastructure and the setting up of additional Indian Institutes of Technology, Indian Institutes of Management, All India Institutes of Medical Sciences, etc. are being fast-tracked, the silence on the IDU, which would be the capstone institution to guide PME architecture in India, is unfathomable. While the Ministry of Home Affairs has set up the Rashtriya Raksha University (RRU) in Gujarat (whose head is a member of the NSAB too), one wonders why the Ministry of Defence is procrastinating with IDU that is planned to have all tri-Service institutions, including the National Defence College, under its tutelage. Incidentally, the website of RRU states that it will have schools for Air and Space, Navy, Army, et al.; but, one thought that the charter for such schools of higher strategic learning was to be for IDU.

Which brings us to the topmost policy advisory tier, the NSAB and NSCS. These apex bodies conduct long-term analyses and provide perspectives on issues of national importance to India’s political leadership; if there was ever a case of sound academic presence and military professionals from all three services populating them, it is here. The national leadership, both civil and military, in these times of galloping technology in the military sphere and re-hashing of international relationships, will gain immensely in knowing the enemy — and ‘itself’.