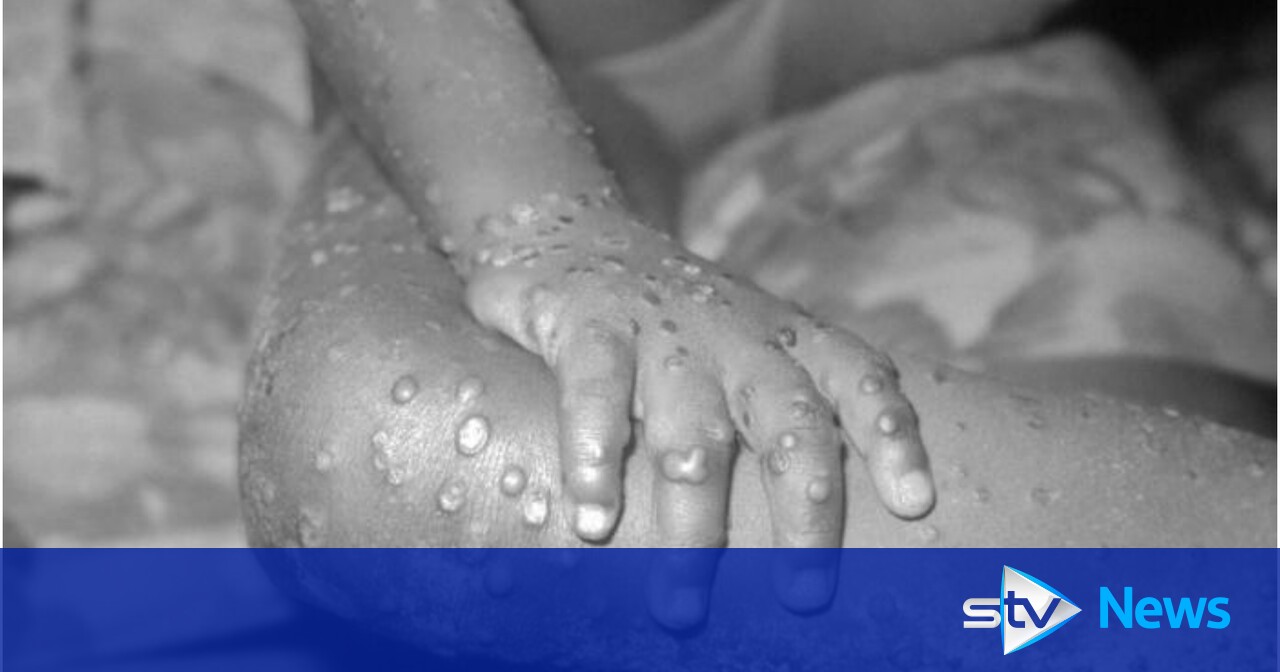 Health chiefs in Scotland have confirmed contact tracing has begun involving a “small number of individuals” linked to the monkeypox case identified in England.

A case of monkeypox was announced south of the border on Saturday in a patient with a recent travel history from Nigeria, which is where they are believed to have contracted the infection before travelling to the UK.

Here’s what we know about the virus and the risk of getting it.

Monkeypox was first discovered in 1958. The rare viral infection can be caught from infected wild animals in parts of west and central Africa.

It does not spread easily between people and is usually a mild self-limiting illness, however some people can experience severe sickness.

It usually takes between five and 21 days for the first symptoms to appear. The infected person may experience fever, headache, aching muscles, backache, swollen lymph nodes, chills and exhaustion. The symptoms usually subside in two to four weeks.

A rash can also develop, usually starting on the face before spreading to other parts of the body. It eventually forms a scab which falls off.

The first UK case of monkeypox was recorded in September 2018 in an individual who was also believed to have contracted the infection in Nigeria.

Could I catch it?

Only a few people have been diagnosed with monkeypox in the UK. These people had all travelled to west Africa or were close contacts of someone who had travelled there.

The NHS says it is very uncommon to get monkeypox from an infected person because it does not spread easily between people. But it can be spread through:

If you’ve been in close contact with a person with monkeypox in the UK, the NHS says you will be contacted by health professionals.

If you have not been contacted, and you have not travelled to west or central Africa, it’s extremely unlikely you have monkeypox.

What is being done?

The patient in England has been cared for in the infectious disease unit at the Guy’s and St Thomas’ NHS Foundation Trust, London.

Public Health Scotland (PHS) says it is liaising with the UK Health Security Agency (UKHSA) as part of the contact tracing process.

The UKHSA is working closely with NHS colleagues and tracing people who might have been in close contact with the individual to provide information and health advice.

This includes contacting a number of passengers who travelled in close proximity to the patient on the same flight to the UK.

A PHS spokesman said: “Public Health Scotland is liaising with the UK Health Security Agency over the contact tracing of a small number of individuals related to the monkeypox case identified in England.

“This is a standard and precautionary exercise and the risk to the general public remains very low.”

What are experts saying?

Dr Colin Brown, director of clinical and emerging infections at UKHSA, said: “It is important to emphasise that monkeypox does not spread easily between people and the overall risk to the general public is very low.

“UKHSA and the NHS have well-established and robust infection control procedures for dealing with cases of imported infectious disease and these will be strictly followed.”