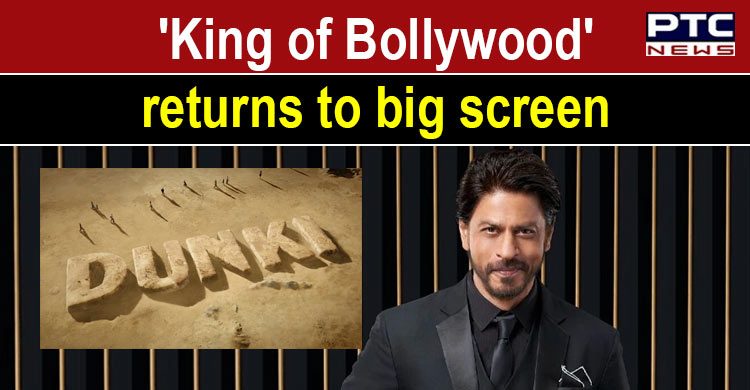 Mumbai, May 12: Shah Rukh Khan has finally finished his long exile and is ready to return to the big screen with several huge projects. Among them, is the long-awaited ‘Dunki’ by Rajkumar Hirani.

The ‘King of Bollywood’ Shah Rukh Khan has quite an exciting lineup of movies after the actor consciously took a long break from acting. After confirming ‘Pathaan’ with Siddharth Anand, the ‘King Khan’ will come back with ‘Dunki’ directed by Rajkumar Hirani. Exciting news around Bollywood came on Tuesday when a photo of Shah Rukh Khan and director Rajkumar Hirani on the sets of their first collaboration with ‘Dunki,’ recently surfaced online, only increasing anticipation for the film among fans.

The actor can be seen wearing sunglasses with a grey t-shirt, dark jeans and sneakers. However, Taapsee Pannu, who starred in the film, was absent from this photo.
Several fan clubs have started sharing images using their social media handles, making them one of the most anticipated actor-director duos.

Notably, Shah Rukh Khan had announced his first collaboration with filmmaker Rajkumar Hirani titled ‘Dunki’, also starring Taapsee Pannu, in April. SRK took to his Instagram handle and made the announcement by sharing an adorable video in which he and Hirani could be seen engaging in a fun banter.

In it, SRK talked to the filmmaker about his previous blockbuster films like ‘Sanju’ and ‘PK’ and goes on to ask him if he has a script for him too. In the post’s caption, SRK wrote, “Dear @hirani.rajkumar sir, Aap toh Mere Santa Claus nikle. Aap shuru karo main time pe pahunch jaunga. actually main toh set par hi rehne lagunga! Feeling humbled and excited to finally work with you.Bringing to you all #Dunki in cinemas on 22nd December 2023.”

Speaking about this new collaboration with SRK, Hirani said, “Through the course of my career Shah Rukh Khan has always been on my wish list and after trying to collaborate several times in the past, we were finally destined to have ‘Dunki’ mark our partnership. The energy, charisma, humour and charm that he brings to a film is unparalleled and I look forward to bringing that magic to the big screen.”

Adding to it, SRK stated, “Raj Kumar Hirani is one of the finest filmmakers of this generation, we have always spoken about working together and I am extremely happy we are finally doing it with ‘Dunki’. We have just started shooting this month and I am cherishing every moment of it. Raju ke liye main Donkey, Monkey…kuch bhi ban sakta hoon!”