The latest Bill passed by the Tamil Nadu Assembly exempting the State from the National Eligibility-cum-Entrance Test (NEET) for admission to undergraduate (UG) medical courses and also to prescribe its own admission method for MBBS seats is in no way different from the efforts taken by the previous government in 2017. The Bills sent by the State were returned by the President of India without getting his assent.

Before passing the Bill, the Tamil Nadu government had appointed a committee of experts under Justice A.K. Rajan, a retired judge of the Madras High Court, to look into the question of the desirability of having the examination as a prerequisite for MBBS admissions. When the committee started its hearing, it was generally stated that it would advise the government to exempt itself from the requirement of the examination. However, when a public interest litigation (PIL) petition was filed in the High Court challenging the appointment of the committee on the ground that it violated the orders of the Supreme Court regarding NEET, the stand taken was that the committee would only look into the effects of the examination on the students in the State.

Views of all stakeholders

The committee said it had ascertained the views of all the stakeholders and that a majority were not in favour of the NEET requirement. It did not recommend any legislation. The committee was of the opinion that the examination had not provided any special mechanism for testing the knowledge and aptitude of the students. It suggested that the higher secondary examination of the State board itself was an ample basis for the selection of students for MBBS seats. NEET only worked against underprivileged government school students, and had profited coaching centres and affluent students.

The present Bill proceeds on the assumption that medical college admissions will come under the Concurrent List (Entry 25 of List III) and, therefore, the State can also enact a law regarding admission and amend any Central law on admission procedures.

This thinking of the State may be due to the observation made by the Supreme Court in the selection process of postgraduate (PG) courses in medicine, where the Medical Council of India (MCI) had prescribed certain regulations providing reservation for in-service candidates. The Supreme Court struck down regulation 9(c) made by the MCI on the ground of the exercise of power beyond its statute.

It must be remembered that the Supreme Court was only dealing with a regulation framed by the MCI, whereas the requirement of NEET being a basic requirement for PG and UG medical courses has now been statutorily incorporated under Section 10D of the Indian Medical Council (IMC) Act, which states, “ There shall be conducted a uniform entrance examination to all medical educational institutions at the undergraduate level and postgraduate level through such designated authority in Hindi, English and such other languages and in such manner as may be prescribed and the designated authority shall ensure the conduct of uniform entrance examination in the aforesaid manner: Provided that notwithstanding any judgment or order of any court, the provisions of this section shall not apply, in relation to the uniform entrance examination at the undergraduate level for the academic year 2016-17 conducted in accordance with any regulations made under this Act, in respect of the State government seats (whether in government medical college or in a private medical college) where such State has not opted for such examination.”

Though this amendment was to come into force from the academic year 2016-2017 onwards, due to opposition from many quarters, the Union government issued an Ordinance on May 24, 2016, postponing the introduction of NEET to the next academic year.

When the Tamil Nadu government issued an order in 2017 providing for the reservation of 85% of the seats for students passed out from the State board and 15% for students from other boards, it was struck down by the Madras High Court. An appeal by the State to the Division Bench was also rejected.

It was then the Tamil Nadu Assembly passed a Bill seeking the exemption of the State from NEET, which the President refused to give his assent to. The present move to pass a fresh Bill on the same lines is most likely to meet the same fate.

It is significant that no other State in India has sought an exemption from NEET and, therefore, exempting Tamil Nadu alone may not be possible. Even among the seats allotted to the State, there is no bar for students from other States from competing or selecting colleges in Tamil Nadu. Also, if exempted, what will be the fate of the all-India quota of 15%, which will be filled up by students who write NEET, and what will happen to Tamil Nadu students who do not write the examination, thus not availing this quota?

As a sop for government school students, the State government had brought in a law providing 7.5% reservation in medical seats, but with NEET as a criterion. The same situation continues even for the admission for this academic year.

The introduction of internal reservation for government school students is under challenge before the Madras High Court. Similarly, NEET as a requirement is also pending in the Supreme Court. Unless these two issues are decided, NEET cannot be removed by a State amendment.

However, certain legal pundits had said the State could amend a Central law falling under the Concurrent List and had given examples of the amendments made to to the Hindu Marriage Act, the Industrial Disputes Act, etc.

Mere statistics highlighting that a majority of the stakeholders do not want NEET in Tamil Nadu is not an answer for exempting the examination that was introduced by a Central law. Data is necessary only when there is power to legislate on the subject concerned.

If the committee’s findings that government school students are edged out from entering medical colleges due to competitive examinations are accepted, it will be difficult to explain the 7.5% reservation exclusively meant for these students.

Since the Bill, which will become an Act after the President’s nod, will come into effect only from the next academic year, the battle for and against the NEET requirement will continue in courts. Hopefully, the courts will determine the legality and have a definite solution to the question of medical admissions within the next year. Till such time, students who wrote NEET will fill the seats under the State quota.

Justice K. Chandru is a retired judge of the Madras High Court 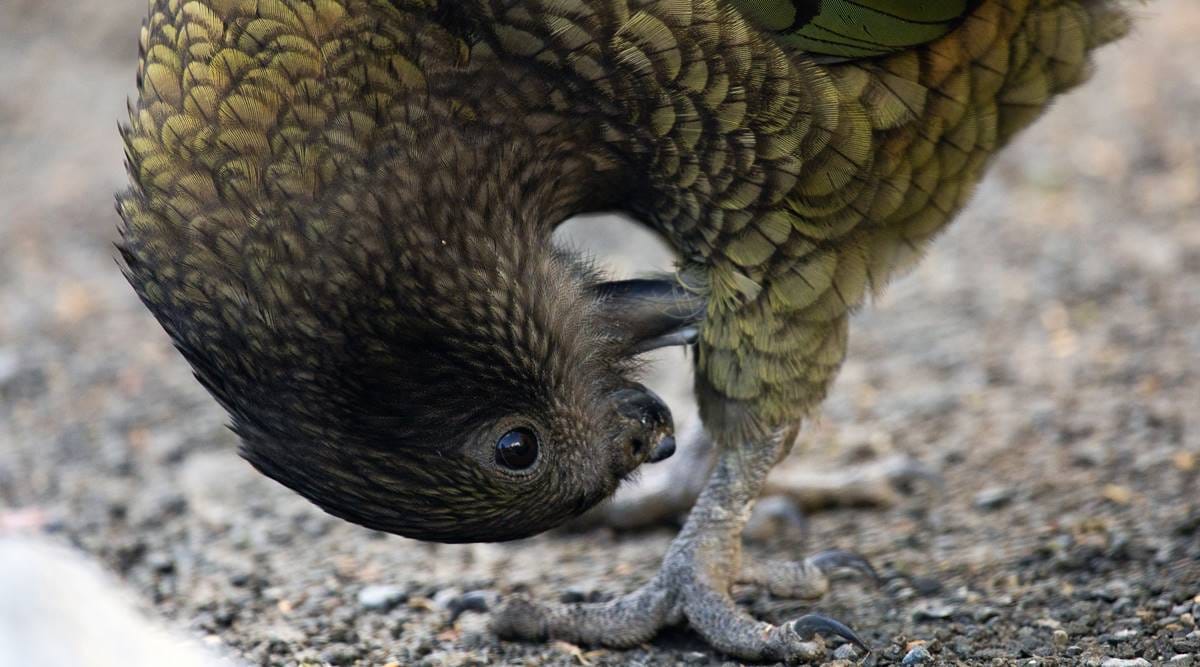 Many animals are known to use tools, but a bird named Bruce may be one of the most ingenious nonhuman tool inventors of all: He is a disabled parrot who

While MSI has typically been a company associated with PC gaming components and gaming laptops, the brand now has an extensive lineup of laptops tailored for creators, enterprises, and small