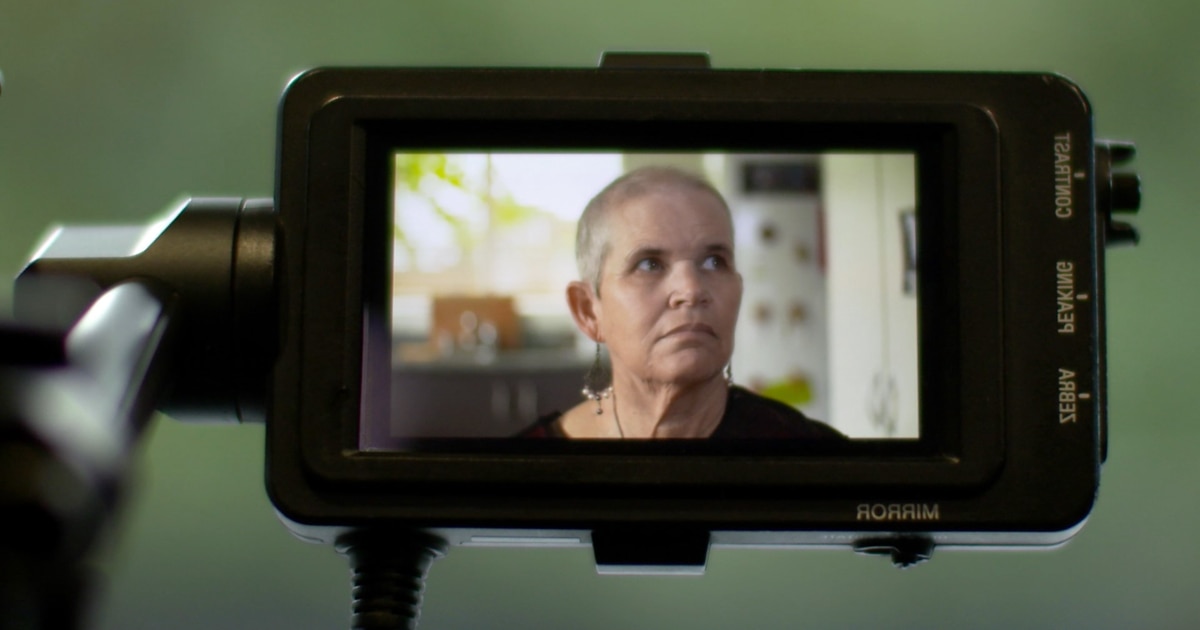 Since the End of Life Choice Bill passed into law last November, at least 92 people have legally taken their own lives. One of those, Esther Richards, invited Sunday to accompany her through the final months of her life.

“This is my story, my journey and my choice,” Esther said. “I love life, I just wish I could live it.”

Earlier this year Sunday’s cameras filmed Esther, 58, her best mate Jooles and her son Alex around her Tauranga home for two months as Esther fought her brain cancer and sought permission to die.

“Everyday life is getting up in the morning, slowly getting dressed and showered, and I’m usually in pain,” Esther said. “I wake up in pain.”

“There’s more to life than the ability to breathe. I don’t call what I’m doing now living.”

Esther was diagnosed with brain cancer nine years ago, when her only child Alex was just 18.“It’s been me and her the entire time,” Alex said. “It wasn’t a wealthy upbringing, but mum tried to give me everything I needed.”

The two shared a tight relationship and a common sense of humour.

“As soon as I told him I had shadows on the brain, his first comment was, ‘oh, they found a brain’, which cracked us up and then he said, ‘you can fight this, eh, mum’,” Esther said.

“Dying is not a choice, we’re not choosing to die, we’re choosing not to suffer as we die.”

The bill divided the country when it passed, as it still does now. Primary concerns among those who oppose euthanasia in New Zealand include that the disabled and elderly could be pressured into it, and many Christians oppose the practice for religious reasons.

Esther is not among those Christians, having reconciled her decision with her faith.

She said she did a lot of praying while waiting to hear the referendum’s result, and she felt peaceful.

In October 2020, the binding referendum on the End of Life Choice Bill found that 65.2% of New Zealanders supported it, and the bill came into force on November 7 2021.

In December, Esther first tried to convince the doctors that she was ready, but she was declined because she couldn’t honestly say she was enduring unbearable suffering.

Unbearable suffering is one of the restrictions in the bill, along with having a terminal illness with six months or less to live and being in a state of irreversible physical decline. A person must also be of sound mind to apply.

Esther was found to meet these criteria when she repeated the interview on March 18.

After that, she had six months to use the medication and set a date, May 20. But when her condition took a turn for the worse, Esther brought it forward to April 22. The date marked the 30th anniversary of her mother’s death from the same cancer.

“I am going to die anyways if I do it or not, I just don’t want to die a slow painful way,” Esther said. She planned to go out listening to Metallica and surrounded by family and friends, including Jooles and Alex.