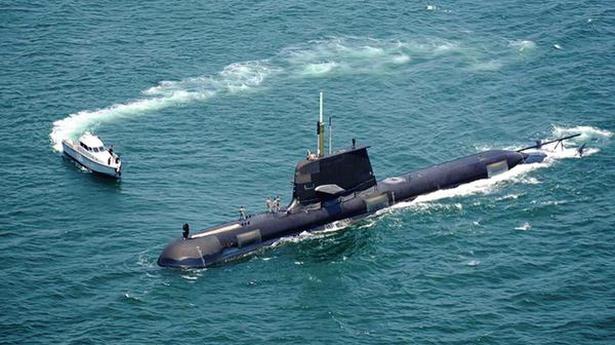 A week before a meeting of Quad leaders in Washington DC, the Biden administration, on Wednesday, announced a new trilateral security partnership for the Indo-Pacific, between Australia, the U.K. and the U.S. (AUKUS).

Speaking to reporters ahead of a joint announcement by President Joe Biden, Prime Minister Boris Johnson of the U.K. and Prime Minister Scott Morrison of Australia, a senior  administration official outlined a trilateral grouping that was security focused, suggesting it was different from — but complementary to — arrangements such as the Quad.

A central feature of the partnership would involve a trilateral 18-month effort to help Australia acquire nuclear powered submarines which are quieter, more capable (than their conventional counterparts) and can be deployed for longer periods, needing to surface less frequently.  An official emphasised that these are nuclear powered submarines (i.e., not armed with nuclear weapons), and that Australia “does not seek and will not seek nuclear weapons”.

AUKUS will involve a new architecture of meetings and engagements between the three countries and also cooperation across emerging technologies (applied AI, quantum technologies and undersea capabilities).

Australia has felt increasing pressure from an assertive China, like other countries in the region, and has sought to strengthen its partnerships with India, Japan, the U.S. and the U.K., including through ‘plurilateral’ forums. However, as in the case of the Quad, U.S. officials denied the partnership was a response to China.

“I do want to just underscore very clearly this partnership is not aimed [at] or about any one country , it’s about advancing our strategic interests, upholding the international rules based order, and promoting peace and stability in the Indo-Pacific,” an official said.

The initiative, officials said, is in response Australia wanting to step up its game with regard to maritime security in the Indo-Pacific region. The partnership was also a “down-payment” the U.K. was making on its decision to engage more deeply with the Indo-Pacific, as per one official, who called the announcement “historic” and reflective of “the Biden administration’s determination to build stronger partnerships to sustain peace and stability across the entire Indo-Pacific region”.

The official also said there are “no better allies than the United Kingdom and Australia” and that the partnership was a “fundamental decision…that binds, decisively, Australia to the United States and Great Britain for generations”.

“We undertake this effort as part of a larger constellation of steps, including stronger bilateral partnerships with our traditional security partners in Asia: Japan, South Korea, Thailand, the Philippines, and also stronger engagements with new partners like India, Vietnam, and new formations like the Quad,” one of the officials said.

Asked about extensions of this trilateral framework in the future, an administration official said AUKUS was “very rare” and a “one off” and that the U.S. sharing  this kind of technology on nuclear powered submarines had been done only once before — with the U.K. and almost 70 years ago.

“I do not anticipate that this will be undertaken in other circumstances going forward,” the official said.