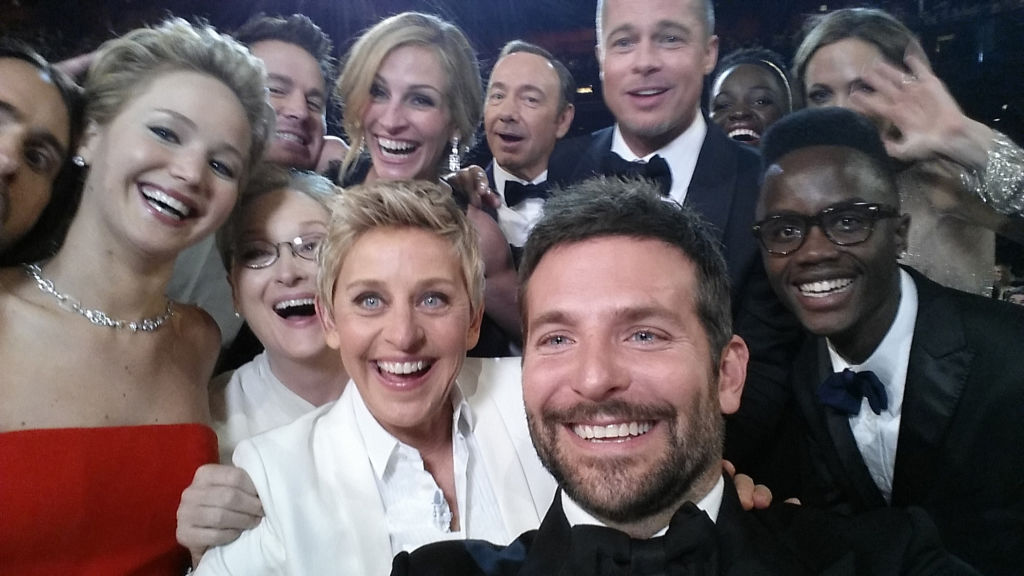 Unknowingly, hosting the acclaimed film awards show will lead her to accidentally break Twitter for a few minutes.

Degeneres, a comedian, TV host, actress, and producer, has long been in the presence of live media. It is safe to say that after all the years she has spent in the industry, she is definitely comfortable in front of a live audience since she definitely belongs to one of the most acclaimed TV icons.

Hosting at the Oscars 2014 was not just the highlight of the event, but also her extremely famous Oscar 2014 selfie.

Degeneres posted a selfie image of herself and the industry’s most prominent actors and actresses on Twitter with the caption, “best photo ever.”

On the night of the event, a picture that was tweeted by Ellen DeGeneres, who was hosting the Oscars, became the snapshot that received the most retweets ever.

DeGeneres posted the image to her personal Twitter account and added a caption to it, saying, “If only Bradley’s arm was longer. Best photo ever. #oscars”.

The Oscar 2014 photo broke records for retweets on Twitter. That photo raced past a record held by President Obama.

It reached 779,295 retweets in approximately half an hour and so beat a record previously held by the US president, Barack Obama. Former President Obama posted a photo on Twitter of him hugging first lady Michelle Obama after his re-election in 2012 and captioned it, “Four more years.”

Within the period of an hour, the tweet that Ellen DeGeneres had posted had received more than one million retweets.

After the event, the Oscars host became aware of the temporary outage on Twitter. Twitter also issued an apology for the disruption in service caused by all of the retweets that occurred more than 20 minutes after the original post was published.

After becoming aware of the occurrence and the quantity of love that was being poured into the selfie, Degeneres tweeted, “We really just made history. We’re all winners tonight.”

At the conclusion of the event, the total number had reached 2,070,132. Now, the original post has 2.9 million retweets and 2.1 million likes.

If only Bradley’s arm was longer. Best photo ever. #oscars pic.twitter.com/C9U5NOtGap

The best picture award was also given to the 12 Years a Slave movie. Lastly, we can all remember the craze of Ana and Elsa when Disney introduced the movie. The Oscars’ best animated feature film award was given to Frozen.